Ashley’s Beer Belgian Beer Festival is into its fifth year and the owners, Roy and Jeff More couldn’t be happier.

“This is the only festival in the country that is exclusively Belgian beers,” said Roy More “With this being the first year for this event, North American Belgian Beer Festival, we did not think it would have gone this well.” 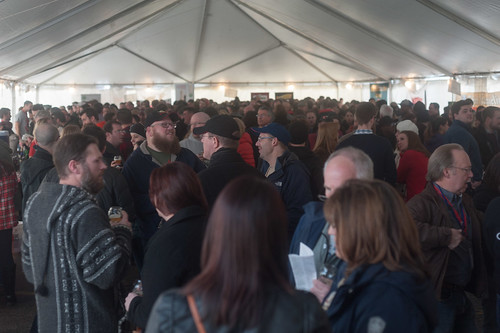 “Belgian beer is highly recognized for making the best brewed beers in the world,” said More. “That’s why many American breweries are copying the Belgians.

The North American Belgian Beer Festival sold out at 1,000 tickets. 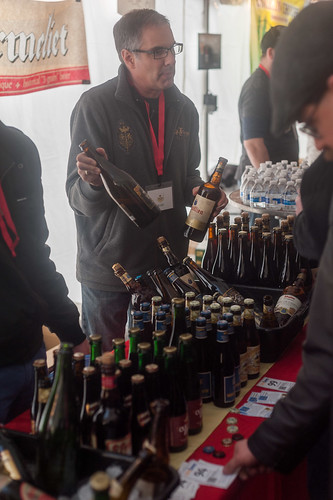 “We had to turn business away,” said Jeff More. “There were just too many and not enough tickets for this event, next year we’ll have more.”

Many featured breweries were at the event: Van Honsesbrouck, Mikeller, and St. Bernardus were among the crowds biggest of hits.

“Yeah the St. Bernardus Abt 12 is amazing,” Belgium native Bruno Vanzieleghem said. I’ve been to other beer festivals here in Michigan but this one takes the cake, where else can you find Belgium brewed other then Belgium?”

Brother Woody Chandler, a writer for Ale Street News and part of the Order of Disorder, and his friend David Atkinson though differently.

“Whatever is my glass,” said Chandler. “ But if I had to choose it would be Scotch Silly brewed by Brasserie silly.”

The beer festival started at 1 p.m. with many people waiting until 11 for the doors to open to the tents. 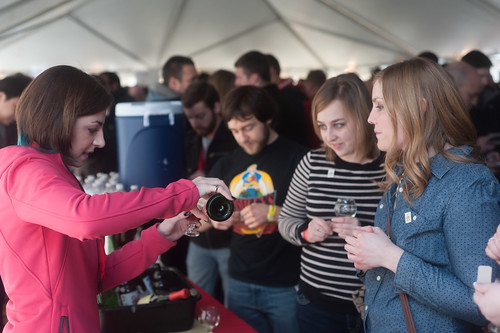 “We been here since 2 p.m. and I don’t see us going home anytime soon,” Melvian B. from Detroit said.” My friends and I heard them talk about it on the radio like 3 days ago and we been to other beer festival so we wanted to just stop by this one.

With the North American Beer Festival in the books you can be sure that it will be back next year as well.

“Absolutely this even will be back, in fact Roy and I want to see if we can make it three days instead of just one so more people can enjoy the beer.” Jeff More said.