Tracy Garley is a city girl with big dreams. 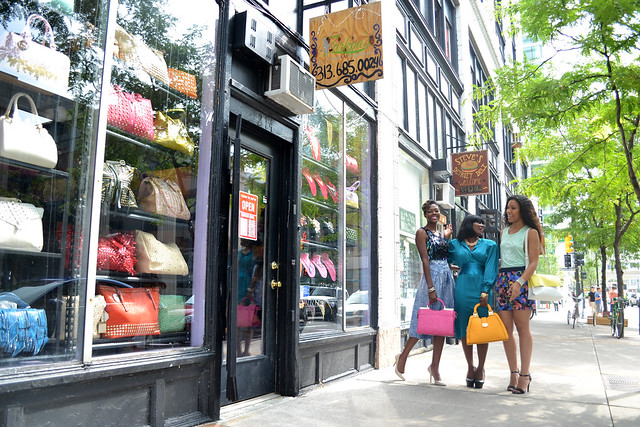 The 26-year-old is the owner of of Zarkpa’s Purses and Accessories, a fashion boutique located on 214 E. Grand River Ave. in downtown Detroit.

#CityGirlBigDreams is the motto by which she lives.

A native of Liberia, Tracys’ family moved to the states when she was 11-years-old. And for about as long as she has
lived in the U.S., she’s been interested in business.

“In high school I was always very into business,” Tracy told The Yellow Wall. “My family had businesses they ran so I always job shadowed my aunt and my dad, and I just started gaining my business ideas from there.”

Tracy’s aunt owned a catering business and her father is a professional DJ and had his own radio show in Liberia.

While at Western International High School in southwest Detroit, Tracy was a member of the Business Professionals of America. It was during this time that she was able to learn the ins-and-outs of business.

“We’d go on different competitions and they would teach us how to run our accounting, how to do paperwork and how to start business plans,” Tracy said. 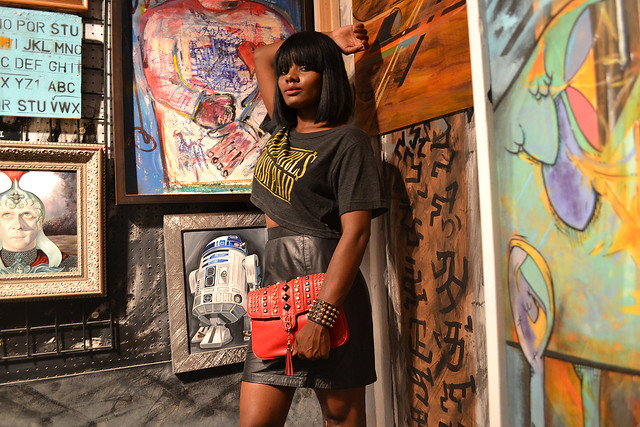 She was president of the BPA as a senior, and that same year she came in third-place at a statewide competition.
After graduating high school in 2008, Tracy enrolled at Michigan State University and graduated with a degree in Food Industry Management in 2012. In 2010, while still an undergrad at MSU, Tracy and her mother started the first Zarkpa’s in Inkster. Tracy’s mother would run the store during the week and Garley would take it over on weekends.

“My parents basically are the parents that are like if you have a dream or you wanna do something that’s positive they will support you one hundred percent,” she said. “But of course, you have to prove and show them that it’s worth the time that you put in.”

Zarkpa’s, which sits in Detroit’s Harmonie Park Disctrict and recently celebrated its first anniversay, is named after Tracy’s paternal grandmother – the only grandparent she met. She lost her other three grandparentsto the Liberian Civil War in 1990 . Tracy reconnected with her grandmother in 1997.

“I was like the only female grandchild so she always made sure I was okay [and had] anything that I wanted,” Tracy said.

Tracy’s grandmother passed away just a week after that conversation.

“That really hit me and I was like ‘I gotta make Granny proud and I gotta do something’,” she said.
The products sold in Zarkpa’s reflect the style of Tracy’s grandmother, which is another way in which she pays homage to her.

“Simple, classy, chic and just elegant,” is how Garley described not only the products but her grandmother. “That’s what I try to bring to my customer when they come in my store.”

The response from those customers and the rest of the community has been a positive one.
“It has been so amazing,” Tracy said. “The support has been great and I want to keep it going that way and I want to help other business owners that think they can’t make it in Detroit.” 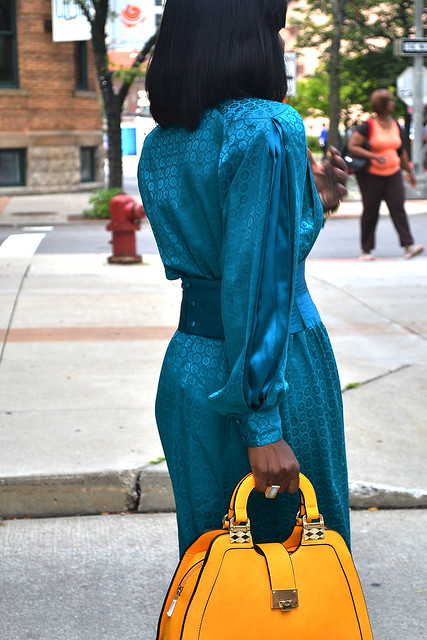 Tracy truly means what she says about helping other business owners. She collaborates regularly with different people and businesses in the city. She has six interns – three in high school and three in college – who she mentors.

“I just think that if you’re honest with people and you have a good personality where you wanna help others, so many blessings will come your way,” she said. “You have to help other people.”

Detroit is a city that is going through a rebirth. And one of the faces of that rebirth is Tracy Garley.

“The movement of Detroit is inspiring,” she said. “I’m just taking that opportunity and running with it.”